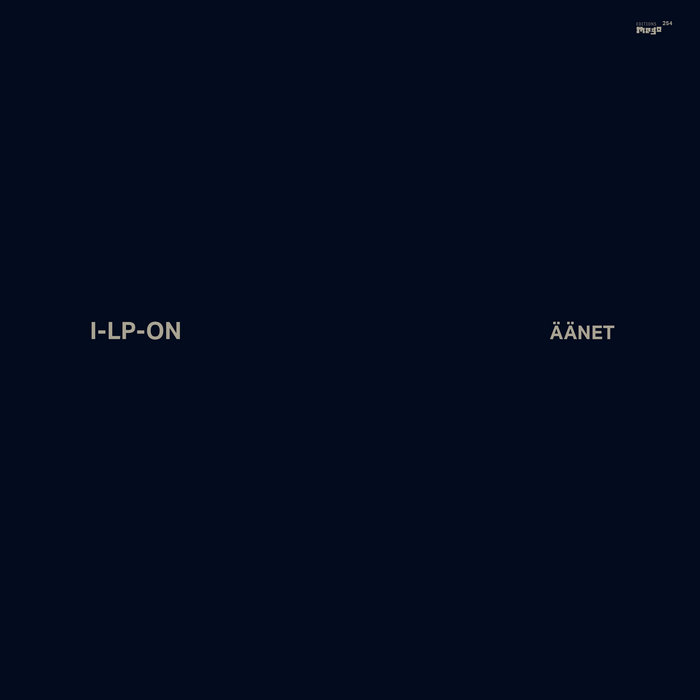 
Ilpo Väisänen returns to Editions Mego under the guise of I-LP-ON with an immense tribute to the outfit he played in alongside his friend and former creative partner Mika Vainio.
ÄÄNET takes inspiration from the life of PAN SONIC, the outfit they inhabited for over 2 decades. Recorded in Kuopio, Barcelona and Karttula, ÄÄNET is made up of a series of minatres that harness the many shadows this legendary act absorbed: Industrial, ambient, dub and club all figure into this edgy slow burning menace of a release. Featuring recordings made on the 2000 PAN SONIC world tour Väisänen has crafted a unique homage to the outfit which redefined experimental electronic music by embracing pulsing club aesthetics coupled with more abstract avant garde tendencies.
The seismic fingerprint left by PAN SONIC avoids dating and genre identification finding a new definition here both as a nod to a notorious past whilst laying the groundwork for reigniting something utterly contemporary. ÄÄNET is an essential release of Väisänen’s as it allows further expansion and broadening of the paths carved out from this resolutely unique form of scratchy and sublime electronic music.

ALL MUSIC AND SOUNDS BY ILPO VÄISÄNEN.
RECORDED AT KUOPIO, BARCELONA & KARTTULA.
CONTAINS (FIELD) RECORDINGS FROM 2000 PAN SONIC WORLD TOUR.
MIXED AT JUNIPER & STONE, KARTTULA, FINLAND.
RECORD IS INFLUENCED BY THE LIFE OF PAN SONIC.
RECITATION ON B9 BY ILPO.
CONVERSATOR ON B3 DAVE BURTON.
MIKA PHOTO BY JOHN DUNCAN.
MASTERED AT DUBPLATES & MASTERING.
COVER BY ILPO, LAYOUT/TYPO VIA SOMA.

Guests include Kassa Overall and Muriel Grossman, plus an LP of the week by Van Hunt.